We already wrote about some new features, such as new filter and the Trash-function in WordPress. It has long been known that WordPress 2.9 will add some features for image editing – the users want these features, right in the core and not as a Plugin. You can get a first insight into the current development version. Since not everybody is working with it, here are some screenshots of the editor for images. The screenshots certainly speak for themselves: 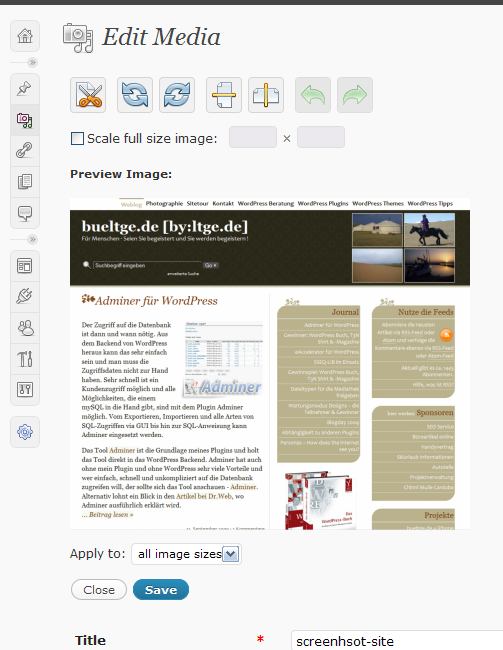 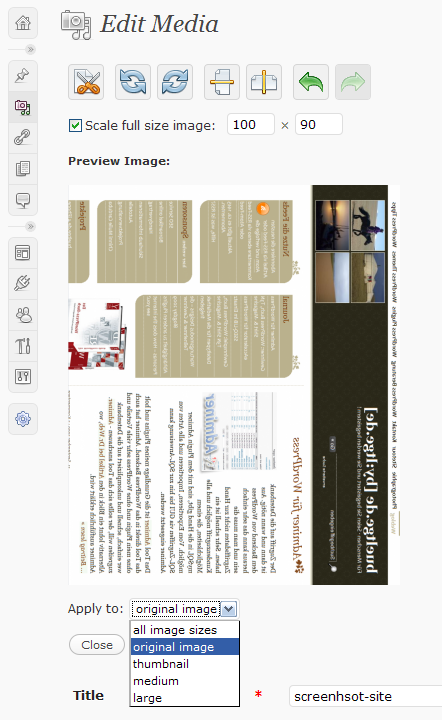