Lately I have the impression that many people start a blog but don’t think about what they should write about, no goal, no use, no sense. Just a hype they want to be part of.

How do I start blogging? I put together some suggestions in this article: END_OF_DOCUMENT_TOKEN_TO_BE_REPLACED

today is the last day to vote for the coolest blog powered by WordPress and because of your great help we are on an awesome 4th place! Thank you sooo much for your great support. We are only 40 votes behind the 3rd and only 60 votes behind the 2nd place. We really appreciate if everybody can vote for wpengineer.com today. It would be a great reward for our hard work.

Just go to their voting list and vote for WP Engineer.com . Thanks a lot, we are already amazed by our readership! 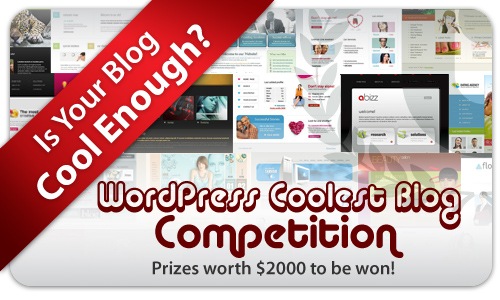 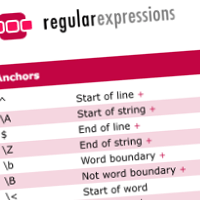 Regular Expressions can really be a pain in the ass – so any help is normally welcome. Today I will present a Cheat Sheet by AddedBytes.com which is really helpful when dealing with regular expressions. I’m proud to announce this sheet, because they also have a variety of other great cheat sheets available for download on their site.

The newest one concentrates on regular expressions – simple yet colorful as ususal.

In the end I would like to recommend another useful Plugin for Firefox this time. The Regular Expression Tester can also be of great help.

Yee haw!!! Today we made it on the top 20 list of the coolest blog powered by WordPress on WP Freedom Blog, thanks guys!!!

Now it’s time to vote for the coolest blog ever. It would be a great support if you help us to be the one. Just go to their voting list and vote for WP Engineer.com We greatly appreciate that and your support will motivate us even more to provide you with great content.

Yes, our blog is cool enough!

WPengineer participates on the contest for the coolest WordPress Competition.wpwebhost.com is searching for the best blog that is writing about WordPress. Since we are talking quite a bit about WordPress on our blog we thought we give a shot and join the competition.

Big prices are on the table, if we can grab one of them we are happy to give them to our readers in a WPengineer competition. 🙂

The Contest will end on November 15th, 2008 and the WP WebHost team will select 20 entries from the submissions and post it after the deadline. And, the public will vote for the winners.

To participate on this competition, this post has to have at least 5 comments. So please leave a comment, so we can enter the contest. Maybe you can tell us why we deserve to win a prize 😉

Poverty is the topic of todays Blog Action Day. If you thing about poverty, first think what comes in mind are poor people, poor countries, where people don’t have anything to eat or a house to live in.

But why does it always have to have a human aspect if you talk about the term of being poor. Unfortunately in web design and web development it is just normal to see poor coding everyday. How many new sites are getting online nowadays without sticking to the web standards? Even many browsers are not following those standards and making the life of web designers and developers miserable and difficult to have valid code.

Since years people talk about it, but many people don’t care. Sure, this problem is by far not as big as the poverty around the world, but you can see parallels between the ignorance and laziness of big companies who are creating those browsers, people who are still writing poor code and the rich economy, wealthy people who don’t care about a thing what’s going on in the real world, the poverty, dying children because of hunger, poverty of a whole country because the government prefers to spent the money for rockets and so on.

There are a lot ways to do something against poverty. We cannot only think about it, we have to do something. I did my part today by sending products to people I met on my trips. They were poor, they barely have something to eat every day and without having a home. But they were rich with their kindness and hospitality. Many people helped me and my family without hesitation on our trips through their country. I won’t never forget that. Blog Action Day is a good reason not only to think about them but to do something to make their life a little bit better.